It's easy to be a heretic 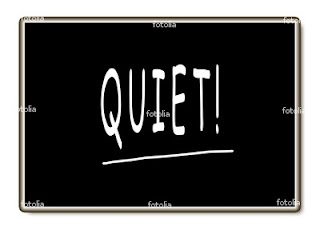 My little rant for the day: It irks the snot out of me when folks conclude that adoptees and original mothers have no right to think critically about adoption. It's indicative once again of how others often view first moms and adoptees in a condescending and patronizing way, completely ignoring the emotional and social complexities of our situations. Even more maddening is when it's our own fellow adoptees and first moms that do this.

The above "rant" was inspired by an insightful observation (and the discussion that ensued in the comments section) made by Ashleigh at her blog, Not Just A Birth Mom. Ashleigh wrote:

People recommend that you do not separate a puppy from it's mother for at least six weeks.... This is for the overall physical and emotional health of the mother and the puppy..... So why is it that when it comes to human infant adoption, we try to remove the babe from its mother as he is drawing his first breath? Why is it that we can't extend the same courtesy to a MOTHER and her CHILD that we do to a DOG? Just a thought.

One of the readers, another birth mom ironically enough, responded to Ashleigh's observation with the following:

I used to have quite a bit of respect for you. Now I am finding your posts to be frustrating. You are sitting here bashing on the same thing you did TWICE! If you didn't support it why did you carry the same thing out twice?? Just wondering.

First of all, Ashleigh was not bashing adoption, but rather offering an honest and valid inquiry. Second of all, why does her status as a "birth mom" prohibit her from thinking critically about the practice of adoption? Again, it's the whole, what I call, "gratitude gospel of adoption." Adoptees and birth moms if not completely neglected in the first place are resigned to only being allowed to feel nothing but gratitude and unequivocal warm fuzzies for adoption. Anything else is treated as heresy. But the "plight" of adoptive parents is generally met not only with understanding and compassion but is also lauded as a noble, living martyrdom.

I'm not bashing adoptive parents nor am I saying that they've got it easy. Being an adoptive parent certainly comes with its own set of issues. But I've said it before, and I'll say it again--the current status quo is one that favors and upholds adoptive parents as the unquestionable heroes while it ignores, at best, and demeans, at worst, adult adoptees and original moms that question past and current adoption practices.

As I stated in response to the referenced reader's comment:

Lordy, people, there's nothing wrong with healthy, constructive criticism or asking questions based on honest observation. And the last time I checked nothing in this world is perfect, especially the practice of adoption.

My adoption situation is good overall but that doesn't mean I don't have a right to analyze and criticize it honestly, not to be a poopyhead, but for the sake of reform and positive change...

Thank you, Ashleigh for making this observation. It's a very insightful point. If we show a mother dog & her babies that much consideration & sensitivity, it stands to reason we should show even more to our fellow human beings.

And as Amanda (The Declassified Adoptee) responded, "What in the world is wrong with what she [Ashleigh] wrote? Why is it so heinous to discuss what might be healthier for mother and child that might not be currently suggested and respected in adoption."

Exactly, Amanda, what's so heretical about wanting to consider what might be best for a mother and her child? Apparently, everything BUT a mother giving her child up to be raised by a set of complete strangers.

The censoring that goes on is horrible. If there is good information to be shared (such as considering that argument that a mother and baby not be separated immediately after birth), why not share it and discuss it? We can all have done things that we reconsider afterwards. There is no shame in self-reflection, unless done by adoptees or first moms, apparently.

I love your concept of the "Gospel of Gratitude of Adoption." It is spot on. We are heretics for thinking critically about our OWN lives. Wow.

I have been thinking about the topic of critical thinking and analysis of adoption, and any topic, quite a lot as a lot of the books I've been reading lately have all included one of my favorite psychological topics: the psycho-social stages of development.

Basic concepts may be acceptable for children, whose thinking is magical or literal. But for adults, it is more than appropriate to incorporate knowledge, wisdom, and experience into our increasing ability to use logic in our thoughts--which includes weighing paradoxes and thinking out things that do not fit together. Whatever conclusion someone comes to, whether positive or negative, happy or sad, simple or complex, or in agreement or disagreement with a concept they formerly accepted, is up to them. It's up to them, not anyone else, to decide it for themselves!

Why deny this to an adopted person, first mom, or any person? It really bothers me when I am scolded for pointing out an inconsistency in adoption because it's almost as if nothing I say is appreciated unless it's bright and happy and unquestioning of adoption. I am denied my skill as a young adult in my current stage of development of working out concepts on my own. It's unfortunate that adoptees, or anyone, is treated this way, especially as mature adults.

(I know you know all this already hehehe).

I don't always agree with other constellation members. But I do absolutely appreciate the ones who will at least listen!

I agree with Ms. Marginalia "Gospel of Gratitude in Adoption" is so spot-on.

It is so frustrating that we who live with and recognize the losses from adoption are the ones who are told our opinions are wrong!

This is a great post, and a much nicer "rant" than I had going in my mind regarding Ashleigh's blog replies.

Not Just A Birth Mom said...

Thanks so much for this! Of course I don't mind you linking to me :)
I was thinking yesterday how humorous it was that adoptees seem to agree with my blog more so (lately) than other first moms. Honestly, I prefer it that way. Everyone always says adoption is about the adoptee, but it seems as though that thinking stops once the adoptee is no longer a child.
I know I'm repeating everyone else, but I love the "Gospel of Gratitude of Adoption" lol. I am so going to use that!

Another who loves "Gospel of Gratitude in Adoption"
I have no problem with the puppies statement, it has a truth for me, especially as I was a six week puppy myself and I know how very valuable those six weeks were for my identity and ultimate survival.
I have wondered lately how subscribing to the myths of adoption affects the way in which adopters carry out what should be a skilled task but one which often seems to be carried out by amateurs.
Will the level of protest against adoptee truth, which of course no-one can sensibly argue about, since it is our truth, have an effect on young adoptees and their grieving, coming to terms with loss and coping with the trauma of adoption?

@Von, If nothing else, dispelling of adoption myths is the little bit of "unity" us adoptee's really have.

I don't think it's protest against truth, it's more of a perpetuated ignorance that keeps the business spinning.

Besides everyone knows Asians are supposed to docile and loyal. Why would they every speak out right? =P