Memories from my first trip to Korea, the summer of 2009, during which I met my Korean mother for the first time since my relinquishment in 1975 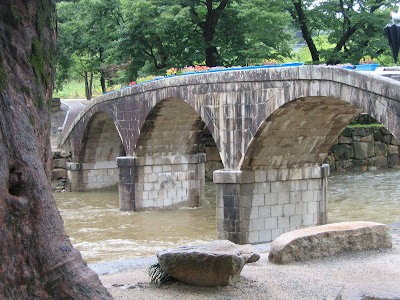 Bridge on the grounds of a Buddhist temple 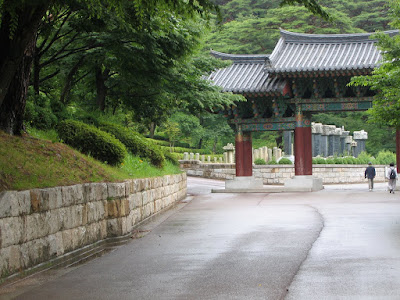 Entrance to a Buddhist temple near Gyeongju 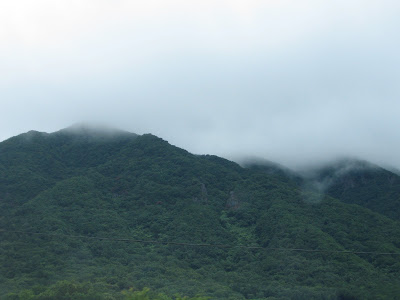 Mountains on the way to the historical city of Gyeongju
Today is my Korean mother's birthday.
It remains bizarre and surreal to recognize that I now know this kind of information. That I now know the woman who gave birth to me after over three decades of not knowing whether she was dead or alive, of knowing basically nothing of what had become of her.
Now, I know more than I anticipated. Now I know things that I never expected to know. And I'm still trying to figure out what to do with it all.
For now, I will simply say, Happy Birthday, Omma. I hope this year of life brings you continued healing and redemption. I hope we will know one another for many birthdays to come.
Posted by Mila at 6:09 AM

My wish is that you and she recieve the thoughts you have given her.

Belated happy birthday to her :)

I (think I) can totally understand what you're saying about it being surreal that now you have all of these informations.

I think you are doing great :)

Thanks, Jo! I really do miss Korea sometimes. I am so grateful to have the photos...

And thank you, Wendy and Mia. It's such a wild ride...